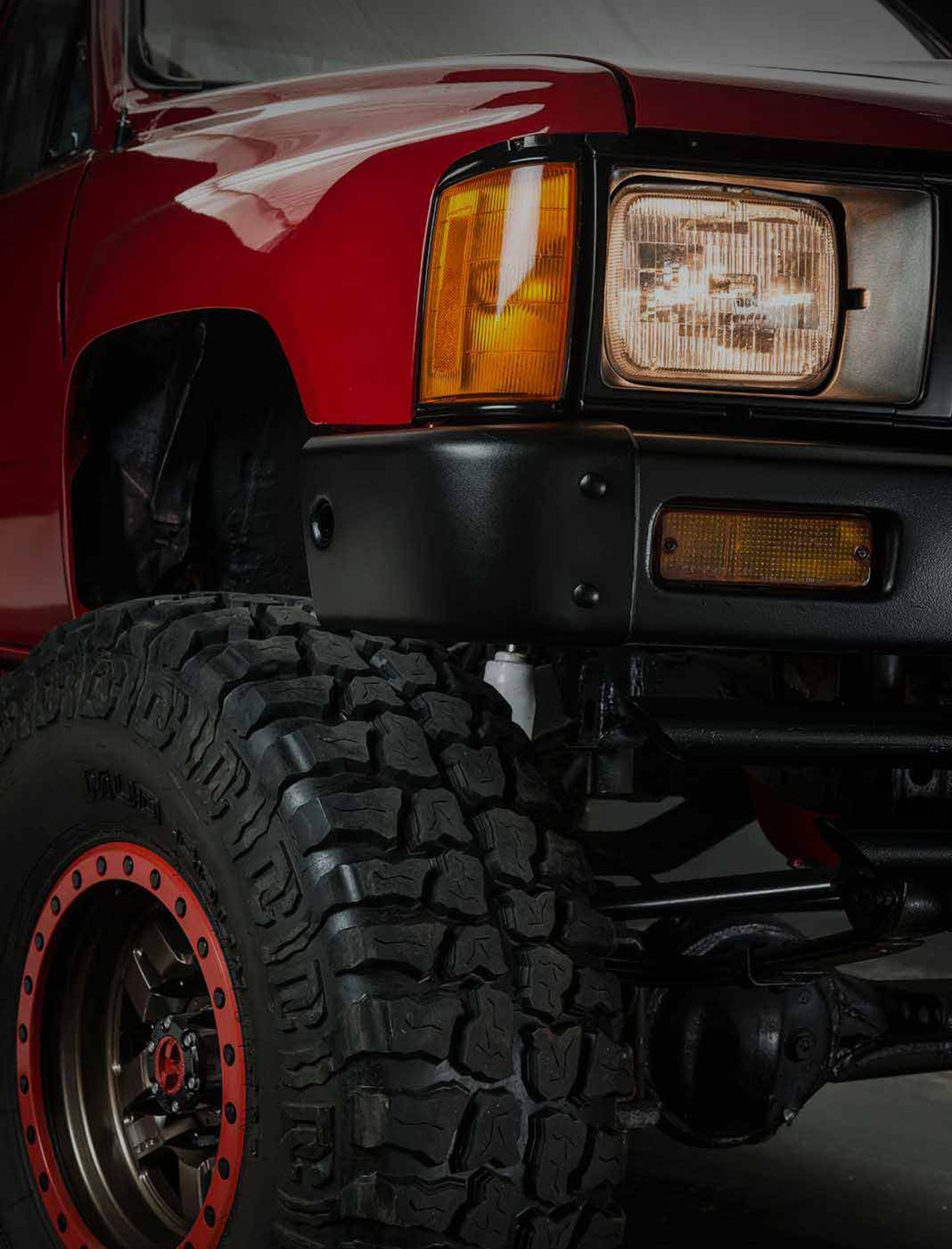 Busting Knuckles and Livers since 2010

I was obsessed with cars throughout my childhood and dove into car stereos and wiring at age 16. I eventually got tired of car stereos and started racing at the local drag strip and later auto-x, with a Mustang and Civic. Next I was upgrading suspension, bolt-ons, body work, an engine swap, and turbo build.

I spent a lot of time on automotive forums in the 2000’s, learning as much as I could and documenting my work as tutorials to help others. Around the time social media outgrew forums, I bought my first truck, a 1985 Toyota Pickup 4WD and got into off-roading in 2011. My love for these trucks has grown ever since.

One night, over a few beers with a friend, we decided to convert a $500 1998 Accord sedan into a 2-door El Camino/UTE. Because it hadn’t been done before with a CG chassis, I documented the whole process to share on YouTube.

From there my channel grew, along with the work I did in my garage. I began producing how-to tutorials once again, this time for YouTube instead of forums.

Whether I’m showing how to maintain/upgrade a vehicle I already own, or bringing home new bargain vehicles from ebay (well…not all of them ended up being a bargain after seeing them in person) There’s always something new/entertaining/weird happening at the 6th Gear Garage.